Real-World Voice of Customer Examples and Use Cases

The importance of Voice of Customer is so crystal clear that no one in today’s business world can deny it. That is why every successful company in the market strives in its own way to obtain the right feedback and translate it into action.

There are many real-world examples in which proper feedback, even if it was a small one, was so helpful at some points that it helped save an enterprise from remarkable failures. On the other hand, there are many cases where ignoring feedback or not paying enough attention to them led a business into an absolute disaster. That even adds more to the importance of not only the VoC but also to the Analysis of Voice of the Customer data.

Reviewing some real-world voice of customer examples can help gain a better approach toward the importance of VoC, as you can clearly see how a business could benefit from utilizing this kind of feedback.

In this article from Pisano Academy, we will share some voice of customer examples and use cases from the leading businesses in the market. These companies have successfully conducted voice of customer strategies, leading to improved customer satisfaction and acquiring potential new customers as well.

Voice of Customer Examples from Pisano

In this part of the article, we provide a list of some businesses that put emphasis on experience management by hearing the voice of customers. At the end of the day, this emphasis resulted in remarkable improvements, making them ideal if you are looking for a real-world VoC example.

This way, in 1 year, the total number of feedbacks increased 5 times, and more than 50 thousand feedbacks were collected. The overall satisfaction average was %95, and a high rate of NPS supporters was achieved in 2021.

An alarm infrastructure has been established on a department basis for instant dissatisfaction measurements. Segmentation was made in 20 different categories, and it was provided for all of them to be tagged automatically.

Nearly 6000 feedbacks were collected in a very short time. The overall satisfaction average was above the industry average and this rate was kept constant.

VoC was being listened to from 2 different companies, 3 different departments, 4 different regions, 20+ branches, and 30 active users within the central management. An approximate number of 120,000  feedback were received.

Since the beginning of the platform utilization, its CSAT (customer satisfaction) score has increased regularly. It has been observed that the most important reasons for this increase in the satisfaction score, which has increased by 3-4 points in 2 years, are instant monitoring and the actions taken accordingly.

To collect data from 5 brands, 15 departments, and around 50 different active users within the central management, a strong network was created where instant feedback was collected from 4 different channels and approximately 60 different processes.

Despite the increased volume of 470% and channel usage, the overall customer satisfaction average was kept within the targeted level band.

You can find more voice of customer examples by checking out Pisano’s playbooks. We always have something new for you in there to be inspired with. Currently, you can have access to our playbooks In insurance, banking and healthcare. 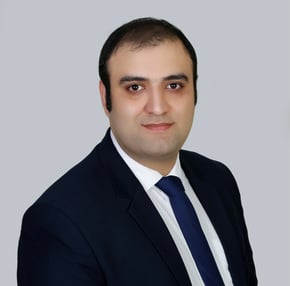 Which Voice of Customer Template Should I Use?

All You Need to Know about the Voice of Customer Analysis

Voice of Customer, or as it is sometimes better known as the VoC, is one of the most critical factors in customer experience. ...
Start Reading
Siyavash Heidari Jun 21, 2022 3:22:46 PM 3 min read

Suppose you are a graduate looking for an opportunity to start your career in the Customer Experience Management field, a ...
Start Reading